High Yield volumes will increase in 2018, driven by a rising share of M&A, according to attendees polled at AFME’s 12th annual European high-yield conference which Debtwire supported as a media partner. However, delegates are concerned that too much liquidity has driven covenant erosion this year, with looser restricted payments and dividend restrictions the most problematic, while non-EU listings were less of an issue. Attendees also noted that the market was showing signs of overheating and is well overdue for a correction.

European high yield issuance YTD has recently surpassed total 2016 volumes of cEUR 70bn and is expected to grow even further through the rest of the year and into 2018, according to AFME data. Around 59% of attendees suggested that volumes will increase versus 2017, with only 12% expecting a decrease. The volume is likely to come from M&A activity as private equity firms spend their warchests and new innovative structures are pulled into the pipeline. Italian issuers are likely to stay in the high yield bond market due to withholding tax exemption advantages over the competitive term-loan product.

Refinancing bond transactions last year accounted for 46% of the total, and have been shrinking since the start of the year, with 43.3% in 1Q17 and 34.5% in 2Q17. The positive technical backdrop of low interest rates, negative net supply and the ECB’s corporate sector purchase programme has meant issuers have taken the opportunity to refinance debt at their first call date or refinanced debt that made it through the Eurozone crisis, which ended late-2013. As the ECB sets to taper its stimulus programme there is some anxiety that next year could be a year of risk. Over half of the attendees suggested that the market is showing signs of overheating and think a correction is overdue.

FRN’s remain the instrument of choice for sponsors given the one-year non-call option flexibility and overall lower economic costs of issuing versus a fixed-rate note, according to speakers from Cinven, CVC Capital Markets and EQT.

Even infrastructure funds are looking to muscle in on the action, as highlighted by the recent EUR 475m fixed-rate and FRN bonds from Spanish car park operator Empark. The company is owned by Macquarie Infrastructure and Real Assets. Reverse Yankees are also likely to drive volumes given the preferable swap rates.

Offshoring
In August 2016, high yield issuers started to list on the Channel Islands Securities Exchange with the UK dental services group IDH (MyDenist) the first to make the move, bypassing some of the new EU market abuse regulations (MAR) and disclosure requirements which came into force July 2016. As other issuers quickly followed suit, investors became increasingly worried about the move away from the more well-known Luxembourg and Irish listings. The exchange was later rebranded as The International Stock Exchange (TISE) and now lists more than 50 issuers.

Attendees were asked whether it was important that companies list their bonds within the EU and 76% responded with an overwhelming no.

“MAR was brought in to address concerns of distortion in the equity markets but because it takes a blanket approach to all types of securities it is disproportionately onerous for some products such as high yield bonds, which are held long term by sophisticated investors only,” said Fiona Le Poidevin, CEO of The International Stock Exchange Group Limited.

“We provide a marketplace that is overseen by the Exchange’s own market authority, which itself is regulated by the Guernsey Financial Services Commission,” Le Poidevin said. “The market is also subject to the Guernsey market abuse and insider dealing laws which are broadly based on the previously existing UK model, but we are able to ensure that our rules are applied proportionately to address the features of each different type of listed product.”

TISE has attracted much heavier regulated larger US companies, such as the US-listed internet television company Netflix who don’t want to take on the extra cost and time burden of MAR.

Covenant erosion
Covenants remain a contentious issue with 46% of attendees suggesting that restricted payments or dividend restrictions keep them awake at night. Only 7% said they were worried about changes in call protection and 7% over change of control protection. Overly creative lawyers and too much borrower power were dismissed as the driver for the erosion, with 80% of the attendees voting that too much liquidity was the reason.

Panellists from the buyside were pushing for all accounts to always relay feedback to issuers or sponsors, and to question the issuers for a justifiable reason for bespoke flexibility. This would be the only way to improve the erosion of covenants and off-market new norms and the prisoner’s dilemma that occurs when fighting for yield. Panellists also noted that the left-lead concept could also be to the detriment of the buyside, and a diminishing spear-head approach could help improve the market, like in EM deals.

In the last few months a few issuers and sponsors have responded to the feedback of investors.

Advent Funds and Bain Capital-owned UK-headquartered global payments solutions provider Worldpay tried to get away with a 25bps consent solicitation fee to amend covenants for the merger with US-based payments processor Vantiv. The deal was pushed back.

Bridgepoint and Apax-owned French jewellery retailer THOM Europe scrapped a proposed EUR 105m dividend in the loan market. The deal crept over the line to allocate at 99, down from 99.5 at launch and following a margin boost of 50bps.

Sponsors in attendance were open to tightening up documentation for better pricing, but are likely to remain aggressive around flexible call protection and portability. 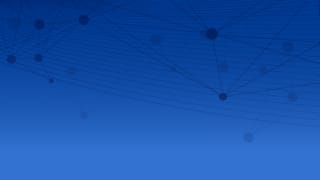