The Loan Market Association’s (LMA) 10th Syndicated Loan Conference proved a knockout event this week with some 900 attendees piling into the QEII Conference Centre in London to hear varied topics spanning the “healthy” state of the syndicated loan market to how automation might soon take over their jobs.

For the European leveraged loan market the news was broadly bullish.

Speakers celebrated the market’s current momentum, highlighting new private equity backed buyouts as offering up some much needed choice and yield following the onslaught of refinancing witnessed in 1H17. Panellists also praised the European leveraged loan market’s ability to swallow ever larger deals as evidence of its growing maturity.

“Leveraged loans have been primarily refinancing led this year, but this is now changing. Acquisitions are coming to market and with it new entrants, which is very positive. I think we would like to see some more corporate issuers come to market to complement and reduce reliance on private equity activity,” said one panellist.

The ECB’s asset purchasing remains a pressing concern, however, with panellists claiming the central bank’s practices are “distorting the market,” making it harder than ever to asses risks. Indeed 34% of audience members stated the bank’s QE activities are the greatest risk to the syndicated loan market, with Brexit coming in second with 24%.

“The big question will be, how fast will liquidity withdraw from the market once the bank starts to taper the programmes?” said a second panellist.

With this in mind and the prospect of an earlier than expected rise in UK interest rates, panellists speculated that fundraising momentum would soon build to lock in cheap money.

Leveraged finance continues to benefit from growing interest in the asset class given its interest rate protection and following years of investor education by asset managers, panellists argued. This has driven a growing number of SMAs and multi-strategy funds into the market and put pressure on CLOs.

“Over the last three to four years there has been real diversification in the investor base, which I think is a key theme. The presence of multi-strategy funds capable of investing in the asset class will represent further change, with CLOs potentially becoming less relevant,” suggested the first panellist.

CLO managers remained bullish on opportunities in the short-to-medium-term despite complaints over the lack of adequate pricing differentiation available across the rating spectrum. This compression applies not only between loans rated BB or B, but between B1, B2 and B3, according to the panellists.

Compression is also a problem between larger, more liquid deals and those in the mid-cap space where, despite the latter’s thinner liquidity, pricing is coalescing.

“There are deals in the mid-cap space getting terms they shouldn’t, making it hard to find value. The tight pricing is also counterintuitive. Potentially the money chasing these deals has been sold on the basis of higher liquidity than these loans can actually provide,” a third panellist suggested.

Others, however, were quick to stall pre-crisis comparisons, despite the deterioration in pricing and terms during 2017.

“Let us not forget though, that whilst pricing is tight, a single B is still at say E+ 350bps-400bps. So we are not yet back at pre-crisis levels of E+ 250bps-300bps. That said, the predominance of single B rated deals is causing CLOs’ weighted average rating factor across their collateral – known as WARF – to deteriorate,” commented a fourth panellist.

Participants were also keen to highlight the growing inadequacy of measuring default rates, given the abundance of covenant-lite as a documentation feature.

“Default rates are becoming increasingly irrelevant thanks to cov-lite structures. This is also making it difficult to assess loss given default risk,” added the fourth panellist.

Overall, however, CLO and loan fund managers voiced a positive outlook. A healthy pipeline of loan issuance on the horizon and busy M&A auction activity is providing cause for optimism. CLOs have also been beneficiaries of the ECB’s loose monetary policies, which have helped to flatter the asset class by compressing liabilities.

“We think we could see triple A spreads get down to 75bps,” said a fifth panellist.

Despite the positive tune, major regulatory hurdles remain on the horizon in the forms of ECB leveraged lending guidelines, the European Commission’s antitrust study and the transition away from Libor, panellists said. The impact of a credit bubble in China and growing consumer debt were also flagged as potential headwinds.

Given that some facets of the ECB’s leveraged lending guidelines are out of line with market practice – such as including prospective incremental facilities in the final leverage figure – the implementation of the guidelines will occur in dialogue with the regulator, panellists argued.

“Under the guidelines, debt baskets would be included in the leverage multiple putting most deals above the 6.0x “exceptional” level. There are also requirements to have the EV of the borrower reviewed by an independent unit, other than the origination team, who presumably are best placed to evaluate pricing. These issues will have to be thrashed out with the ECB,” said a sixth panellist.

The clock is also ticking on Libor with the LMA stating again that it is working with members to develop an alternative benchmark. The market has until 2021 to come up with a replacement with lawyers now evaluating fall back provisions and mulling the need for transition clauses in loan documentation, according to panellists.

Two-thirds of the audience voted “no” to the question of whether the market would still be using Libor beyond 2021, suggesting any hopes for its continuation are in vain.

The EC’s imminent appointment of an advisor to conduct a study into the syndicated loan market to assess antitrust issues also ruffled a few audience feathers. The nine-month study is expected to look at buyouts, infrastructure finance and project finance and focus on issues of information exchange around competition in origination and syndication.

“The study could lead to a full enquiry and depending on findings it could lead to enforcement actions, so it’s certainly something to watch,” said a seventh panellist.

Economists also squabbled over the potential impact on the world economy of the enormous private debt burden in China, as well as growing consumer debt in the UK. This fed into worries around political risks, including growing perceptions of inequality, pension deficits, the potential fallout in the Korean Peninsula and immigration from the Middle East.

Such turmoil is occurring at the same time as asset values are skyrocketing, panellists argued. 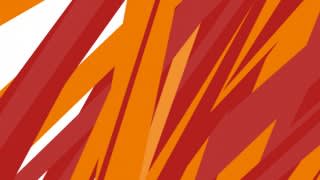 Brexit top of the agenda at the European Mid Market Forum