What sectors are most likely to come under financial stress in Europe in 2018?

What sectors are most likely to come under financial stress in Europe in 2018?

Andreas Ziegenhagen, European Head of the Restructuring, Insolvency and Bankruptcy at Dentons tells us where he sees European restructuring heading in the next 12 months and what he learned from the past year.

Hannah Ogunlowo: What sectors are most likely to come under financial stress in Europe in 2018?

Andreas Ziegenhagen: Retail will remain under pressure in 2018. In 2016, the majority of large German insolvency cases came from the retail sector and in particular, from the fashion retail sector. In 2017, we also saw insolvency cases in the retail industry, such as Butlers, Basler Fashion and Rene Lezard. There are no indications that this development will come to a stop.

What challenges were faced in 2017?

AZ: A common challenge of financially distressed companies from all sectors was bond maturity. In previous years, the market for SME bonds in Germany boomed and less creditworthy companies were able to raise funds. In many cases, the bonds are due for repayment now or in the near future and bond issuers are unable to refinance such repayments. Many out-of-court restructurings, but also many insolvency cases, were driven by such bonds becoming due for repayment in a foreseeable timeframe without availability of sufficient refinancing facilities.

Fashion retail companies were among the top issuers of such non-performing SME bonds. Similar observations can be made on a global level: According to Fitch Ratings’ “Bonds of Concern” list, the default rate for the retail sector jumped to 9% in 2017 from 1% over the last 12 months.

The following financial restructurings showed that retail companies, and in particular, fashion retailers, were not attractive targets for investors – neither in out-of-court restructurings nor in the context of an insolvency. Publicly known examples in Germany are René Lezard, Laurèl and Leiser. The business model of German retailers is challenged by the competition of new e-commerce providers that offer short delivery times and modern collections while maintaining good quality and low prices. In-house e-commerce activities require major investments in digital and logistical infrastructure. Additional existing problems include expensive store rental agreements and declining revenue. These conditions are the drivers of a consolidation process which will continue over the next few years and will push some retailers out of the market.

What key factors will contribute to increased restructuring activity in the retail sector in 2018?

AZ: The key factors for restructuring activity in the retail sector in 2018 will be similar to 2017. The business model of many retail companies remains under pressure. Competition from new e-commerce providers will further increase while old problems such as expensive store rental agreements and declining revenue remain. This will increase the challenges for some retail companies to raise funds and refinance debt. The demand for refinancing and restructuring will remain high in 2018 as various listed bonds will expire in 2018 or afterwards.

Andreas will be speaking in the Retail under the stormcloud investor Q&A at Restructuring Day, part of Debtwire Week, on 12 October in London. Find out more about how to get involved here.

Bahrain’s bankruptcy law one year on: an untested revolution 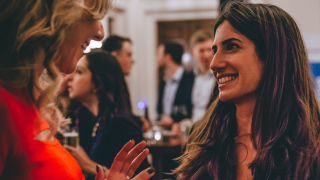 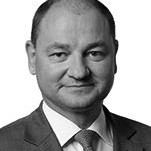 Andreas Ziegenhagen is Germany Managing Partner and European Head of the Restructuring, Insolvency and Bankruptcy group. He covers the areas of mergers and acquisitions (legal and tax advice), corporate recovery and insolvency law, corporate and tax law as well as banking and financing. Andreas regularly acts as a double-sided trustee in distressed situations and as a fully authorized representative in the framework of a debtor-in-possession proceeding for the purpose of restructuring by insolvency plan proceedings. He is one of the few German lawyers who is both, a qualified accountant and a tax consultant. Andreas is Partner at Dentons in Berlin and also Director of Dentons GmbH Wirtschaftsprüfungsgesellschaft Steuerberatungsgesellschaft. Prior to joining Dentons (formerly Salans) in 2006, Andreas spent his entire career at Haarmann Hemmelrath, where he became Partner in 2001 and Head of the Corporate Recovery and Insolvency practice group in 2004.