Last year defied many forecasts, with the Brexit referendum and election of US President Trump both upsetting the odds. This year could also be challenging for leveraged finance, with reduced central bank tailwinds as well as the triggering of Article 50 in the UK. Commodity-price volatility also leaves further jitters ahead, while the Netherlands, Germany, France and Norway face elections.

For loan investors, however, many remain bullish that the market can syndicate its way through further political shocks. Some point to its response to Brexit and the US election results as examples of the market’s ability to carry on business as usual, so long as risks are addressed and syndication launches are sensibly timed.

And as we wrote at the start of this year, European high yield was still rated third-best for projected risk-adjusted return in 2017, according to Bank of America Merrill Lynch’s Credit Survey. Brexit was voted the least concerning factor with sources telling us the UK’s exit from the EU is a more medium-to-long-term effect despite the risk of price inflation. Unsurprisingly, geopolitical risk tops every watchlist for 2017 and will also cause the greatest euro high yield headwinds in the year ahead.

In addition to FRNs, cross-border deals could also provide a boost to European issuance, with yield differentials making it more attractive for US issuers to tap the euro market and hedging. However, most issuance will be to redeem existing debt, as the number of private equity M&A deals continues to slide while dividend recaps slacken as PEs are awash with cash.

Pressure on loan pricing is expected to continue in 2017 having been the major bugbear for investors throughout 2016. The cause is two-fold – too few new money deals coming to market, coupled with a wave of capital flooding the asset class due to rising CLO issuance; and the impact of the ECB’s bond buying programme.

Bond buysiders are expecting another negative net supply year. Total 2015 leveraged finance issuance was down 23% YoY to EUR 177.8m and it slipped further in 2016 to EUR 66m-equivalent of euro high yield bond issuance, according to Moody’s. This year is likely to see a similar amount of issuance, with volumes slightly higher as bond-to-bond refinancing becomes more attractive due to ever tightening yields.

At the smaller end of the market, as institutional lenders have gone mainstream, banks have fought hard to keep hold of their turf offering competitive leverage on deals. As a response, we’ve seen asset managers increasingly looking to stretch senior financing as a way to compete in a level-playing field. But with a rising number of players expected to offer the 5%-6% stretched senior in 2017, the new debt solution risks doing to the unitranche what second lien did to mezzanine.

As we monitor how these trends play out, Leveraged Finance Day on 10th October 2017 will gather the spectrum of the borrowers, sponsors, lenders and buysiders to react to market dynamics. We aim to deliver a content-driven, independent platform for the leveraged finance market to engage with each other.

I welcome your input over the coming months as the programme takes shape.

<< Back to Leveraged Finance Day 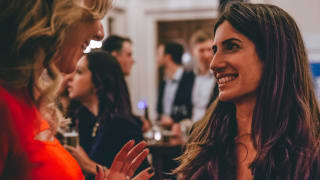 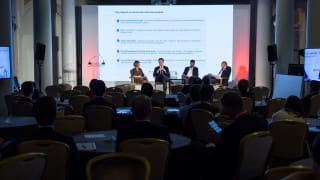 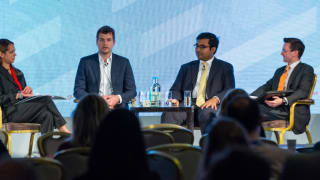 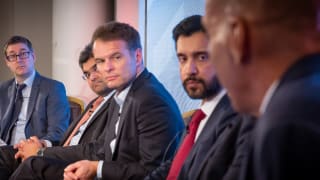