Strong GDP growth and unremarkable Q2 corporate profits have imbued investors with confidence for the time being while a slightly weaker dollar is welcomed news for vulnerable emerging market economies; will a new trade deal with Mexico and a hypothetical dollarized Venezuela keep Latin America out of EM turmoil?

The market digested a modest amount of economic data today that suggested an upbeat picture for equities and leveraged finance securities while the US dollar continued its downward trend. The news comes in time as rising rates, new trade policy and turmoil in emerging markets have imbued investors with uncertainty and nervousness.

Gross domestic product (GDP)—the value of all goods and services produced across the economy—rose at a 4.2% annual rate in the second quarter, adjusted for seasonality and inflation, which was revised from an earlier reading of 4.1%.

Meanwhile, growth in U.S. corporate profits moderated in the second quarter compared with the first. After-tax corporate profits with inventory valuation and capital consumption adjustments, a measure of profits from production that quarter, rose 2.4% in the second quarter from the prior quarter (following an 8.2% rise in the first quarter). After-tax profits without inventory valuation and capital consumption adjustments rose a seasonally adjusted 3.7% from the prior quarter after rising 8.5% in the first quarter.

Yesterday, it was revealed that wholesale inventories, which represents the stock of unsold goods by wholesalers, increased 0.7% month-over-month in the US, to USD 637bn, in July of 2018. Following an unrevised 0.1% gain in June, this was well above market expectations for a 0.2% decline, the advanced estimate showed. Inventories are a key component of gross domestic product changes, as a high inventory points to economic slowdown in the US while a low reading points to stronger growth.

Investors have translated the economic data as cause to maintain their “risk on” positions. The S&P 500 was up 15 points by noon while the NASDAQ jumped 66 points around the same time. The iShares iBoxx $ High Yield Corp Bond ETF, HYG, which tracks the Markit iBoxx USD Liquid High Yield Index, was down .03%, while the PowerShares Senior Loan Portfolio ETF, BKLN, which tracks the S&P/LSTA U.S. Leveraged Loan 100 Index, was up .04%. The US Dollar Index, or DXY, was down .07% for most of the morning into noon.

News concerning trade negotiations with Mexico and Canada also gave a boost to some risky assets. Talks to renew the North American Free Trade Agreement (NAFTA) now hinge on Canada after Monday’s deal between the United States and Mexico. Investors are also nervous ahead of a deadline related to the next round of China-U.S. tariffs next week.

"The market is quite right to say after the knee-jerk reaction higher in the Mexican peso and equities, a) there was remarkably little detail, and b) what is the state of Canada?" Andrew Milligan, head of global strategy for Aberdeen Standard Investments, told Reuters.

In October, Mergermarket will be hosting its Mexico M&A and Private Equity Forum in Mexico City where many of the panelists will discuss what a new NAFTA agreement will mean for investors.

Structural Reforms Push Off For Too Long

The US dollar’s decline of .52% this week has provided relief, however small that may be, to the currencies and the balance sheets of corporations and governments in emerging markets (EM) who have borrowed heavily in dollar-denominated debt. Talk of further market disruptions stemming from Turkey's well-known external debt issues and currency depreciation has filled the news cycle in recent weeks. Within the Americas, Chile, Argentina, Mexico and Brazil are seen as specifically vulnerable to an emerging market crisis.

For years, EM economies have manipulated the value of their currencies (probably an accusation all countries in a fractional reserve fiat money system are guilty of) largely to stoke export sales while building foreign currency reserves at their respective central banks. It worked for a little while as more important structural reforms were needed, but largely ignored. If EM currency depreciations pick up steam while US rates climb, it could trigger tightening credit conditions that accelerate balance sheet deterioration, investment contraction and economic stagnation.

"These imbalances develop as a result of a hands-off approach to capital-account management, based on the assumption that capital-market incentives and growth strategies are always aligned. In fact, it is hard to find any example of a country that has achieved sustained growth with such an approach," writes Michael Spence, a Nobel laureate in economics and professor of economics at NYU’s Stern School of Business. "To be sure, capital markets are not the enemy. But the alignment of interests between external investors and domestic policymakers is imperfect, at best."

One must remember that economic growth is not determinative of investment returns, which instead depend on the valuation of financial assets, among other factors. In the years since the 2008 financial crisis policy makers of various EM countries should have been focused on reforming structural issues that would have led to greater economic growth and vitality. In such a scenario, countries with reformed economies would be able to withstand variability in the US dollar’s valuation and the outflow of short-term capital.

"Financial investors understand that adequate returns may persist for a while, but that imbalances and risks may necessitate a hasty exit at any moment," Spence states in reference to the dilemma of "hot money"—investments in short-term financial assets with a maturity of one year or less. Previous crises in EM have stemmed from dramatic reversals in capital flows.

“While this is rational for investors, it does not support policymakers’ interest in sustained growth. That is why successful capital-account management must focus on promoting stability, controlling risks, and aligning capital-market flows with economic-growth and employment objectives,” he states.

China, with fresh memories of the 1997 Asian financial crisis in policy makers' minds, has taken steps once again to protect the value of the yuan. The Wall Street Journal recently reported how the People's Bank of China tweaked its “countercyclical factor" mechanism in order to strengthen its currency and fend off capital flight. The tool, used previously to counteract market forces, essentially reasserts the central bank’s heavier hand in setting the currency’s value, and its renewed use marks the latest in quickening steps to support the yuan.

While the redirection of hot money has triggered previous financial crises in the past, market observers are concerned about the prospect of a long-term dollar-denominated bond sell off in the EM. I wrote about it here and here. A bond sell off would put upward pressure on rates and downward pressure on EM currencies, further exacerbating a deterioration in balance sheet health.

This is perhaps a reason why the Indonesian Finance Ministry is seeking to lessen the amount of government bonds owned by offshore funds to 20% from almost 38%.

Returning to currency concerns, Venezuela has established the world’s first government-issued cryptocurrency, the Petro, which launched in February 2018. The Venezuelan government had hoped the currency would skirt US sanctions and be a means of escaping from hyperinflation, which by the end of the year it is estimated to hit an unbelievable 1,000,000%.

Discussing the viability of the Petro and its chances of improving the economic wellbeing of Venezuelan citizens, Jorge Farias, CEO of Venezuelan startup Cryptobuyer, a Latin American crypto exchange, was quoted in Futurism.com as saying, “We have not seen a single Petro circulating, nor its smart contracts, or rules of the token, and much less its blockchain.”

Some market observers believe Venezuela should dollarize its economy. John Hopkins University professor of applied economics and senior fellow at the Cato Institute, Steve Hanke, writes in Forbes that based on his experience in advising Montenegro’s success in dollarizing (with Deutsche marks) in 1999 that Venezuela should do so as well.

Elsewhere in the region, Argentina looks like its embarking on a “dollarization” policy. Last week, Banco Central de la República Argentina (BCRA) announced by the end of the year it will aim to eliminate its remaining USD 21bn of short-term, peso-denominated notes, called “Lebacs,” and replace them with Treasury bills. It also prohibited banks from subscribing to future auctions and said that only the one-year, fixed-rate central bank notes, called “Nobacs,” and seven-day liquidity bills would be on offer to them, according to Alphaville. Lebacs have maturities as short as 35 days.

Argentina’s currency has weakened more than 9% against the dollar since the start of the month, cementing its position as one of the biggest losers in the broader EM rout triggered by the Turkish lira’s tumble.

“It’s like groundhog day,” Walter Stoeppelwerth, head of research at local investment bank Balanz Capital, told the FT. “Having an enormous portion of your monetary base maturing every 30 days is extremely dangerous when you’ve got a currency crisis.”

The dire situation in Venezuela and Argentina will be discussed in detail at Debtwire’s December 11 Latin American Forum, where panelists will examine Venezuela’s cryptocurrency situation, ongoing sovereign debt restructuring and what investors can expect to recover.

Matt O'Brien is content editor for Acuris Studios, the sponsored events and publications division of Acuris, overseeing the research and editorial input for events. Matt works with the editors and reporters of Acuris' various publications to ensure the company delivers industry-leading conferences. He has spent nearly 13 years in the news and finance industries. Matt has a political science and international studies BA from Rutgers University.

Matt O'Brien is content editor for Acuris Studios, the sponsored events and publications division of Acuris, overseeing the research and editorial input for events. Matt works with the editors and reporters of Acuris' various publications to ensure the company delivers industry-leading conferences. He has spent nearly 13 years in the news and finance industries. Matt has a political science and international studies BA from Rutgers University. 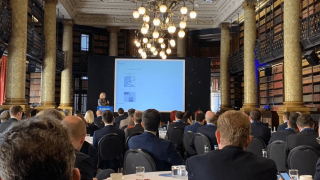 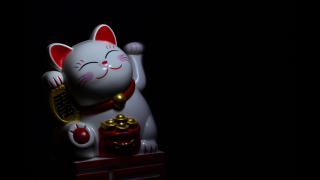 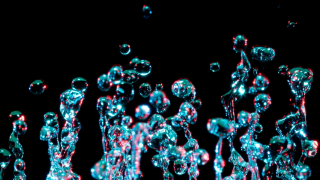