Argentina: what to expect with corporate bond restructurings

Join this virtual briefing for an outlook on restructurings in the Argentine market. 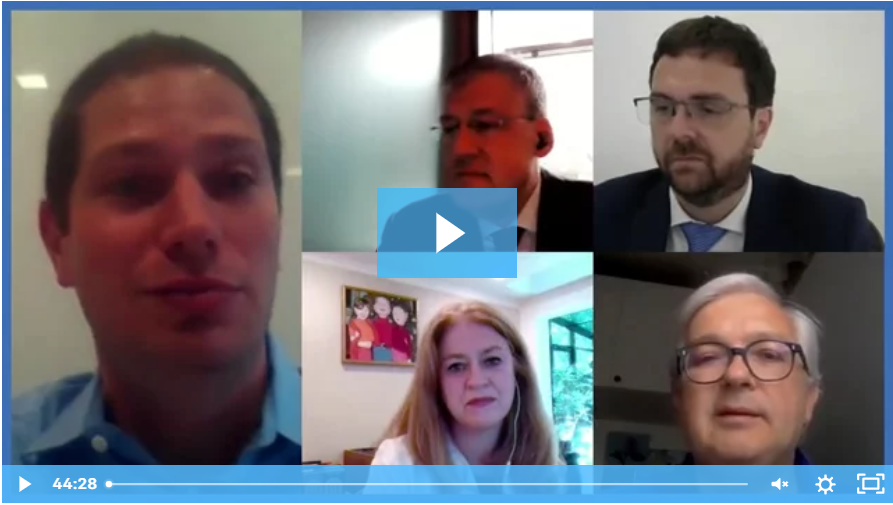 Roland Vigne began his career with the Canadian bank Scotia Capital in Mexico City as part of the debt restructuring team. In 2005, he joined Merrill Lynch, first in Mexico City and after in New York as a proprietary trader, where he was part of a team responsible for a USD 1 billion corporate debt book. In 2009, he joined Nomura Securities in São Paulo, Brazil as Executive Director and assisted oil companies in issuing structured debt.  Roland co-manages the IVO Fixed Income UCITS fund with Michael Israel and is a member of the investment committee of IVO Litigation Finance funds.

Roland holds a Master’s Degree from Toulouse Business School and an MBA in Finance from the Arizona State University.

Siobhan Morden is Head of Latin America Fixed Income Strategy at Amherst Pierpont Securities with 29 years of experience and recently joined the firm from a similar role at Nomura Securities International with a focus on distressed and stressed sovereign credits and previously Jefferies as well asRBS, where she was Head of Latin America Strategy across local and external markets. Previously, she was Head of Research & Strategy for North America and Head of Emerging Markets Latin America Research & Strategy at ABN AMRO. Prior to that, she was Head of Emerging Markets Research at Caboto (BancaIntesa), and a Senior Fixed Income Analyst at both PaineWebber and SantanderInvestment Securities. Ms. Morden received an MA from New York University, a MBA from Boston College and a graduate Economics and Law certificate from the Universidad del Pais Vasco in San Sebastian, Spain, where she was a Fulbright scholar. She has lived and travelled extensively throughout Latin America and specializes in countries entering or exiting the economic crisis.

Mr. Piedrahita serves as CEO of Gear Capital Partners, a macroeconomic, political, and debt restructuring advisory based in New York.

A Wall Street veteran with deep expertise in Latin American markets, Mr. Piedrahita has over 20 years of experience in financial services, acquired first as Sovereign Head Trader at Citibank’s Emerging Markets desk, where he traded defaulted loans, Brady bonds and sovereign eurobonds, and later as International Treasurer of Ford Credit and Director of Securitization at Ford Motor Company, where as Director he was in charge of Ford’s Worldwide Program for Securitization. Prior to founding Gear Capital Partners, he co-founded Torino Capital LLC, serving as CEO from the firm's inception.

Mr. Piedrahita’s wide-ranging experience and market insights have led to expert contributions across media outlets, particularly Bloomberg News, where he has been quoted extensively and interviewed for Bloomberg Television. Mr. Piedrahita has also been featured in Reuters, CNN En Español, La Nación, Clarín, El Cronista Comercial, Latin Finance, and in a number of international radio programs.

Based in London, Stefan has an economics degree from the London School of Economics and trained and qualified as a Chartered Accountant with KPMG. He lives in London with his wife and son, is a keen student of international politics and economics and enjoys winter sports and opera. Albeit not at the same time.