On 5 December 2019, South African Airways (SAA) voluntarily commenced business rescue, following an application to Court by trade union Solidarity. SAA is the first of South Africa’s state-owned entities (SOEs) to enter into business rescue (BR), which is similar to Chapter 11 bankruptcy filing in the US or administration in the UK.

With other SOEs, such as Eskom and Denel, also burdened by over indebtedness which could potentially push them into BR too, it is useful to review how the SAA process has unfolded so far.

A critical element of the BR process is that an independent restructuring professional, the business rescue practitioner (“BRP”), is appointed. He or she takes over full management control of the company in BR in substitution for its board of directors and pre-existing management. The BRP is tasked with developing and then implementing a business rescue plan which is in the best interests of all affected parties, which includes creditors, employees and trade unions and shareholders.

People tend to forget that the BR process is not optional. If a company meets the test for financial distress (and many SOEs do), and directors do not either put the company into BR or send out a notice to all affected parties setting out the grounds for financial distress and explaining why they have elected not to file for BR, they are in breach of their fiduciary responsibilities and may be held personally responsible for losses suffered by the company.

The SAA BR process has illustrated tensions between how it works for SOEs and how it works in a commercial environment. Importantly for SAA, shareholders (in this case, government) in a BR process have very limited decision-making power and while they have a right to be consulted on the BR plan (as do all affected parties), they do not have a right to vote on the plan unless the business rescue plan alters the rights of any class of shareholder.

Join this virtual briefing for an outlook on restructurings in the South African market.

The BRPs of SAA have had to work out how to balance their duties with the Public Finance Management Act (PFMA). As this is the first BR of a state-owned entity, they would have had to grapple with complex issues from the outset of the BR. The Companies Act sets out a particular restructuring regime and corporate governance system for BR, but the PFMA sets out a different matrix of accountability and responsibility. Under the PFMA, SOEs are answerable to government and must follow certain procedures to sell or encumber assets or enter into agreements with forward-looking financial implications. That does not fit well with the BR process, which requires a BRP to be independent, nimble and able to act commercially, in the best interests of all affected parties.

As a result of this inherent contradiction, the BR team has had to find a way to work within both pieces of legislation.

Although there has been considerable criticism in the local media of the BRPs, much of this has been unfair. It is too early to say whether the SAA BR has been a success or a failure.

The timing of SAA’s BR was also very unfortunate. The Covid-19 pandemic, which has had a disastrous impact on airline travel, became evident within a couple of months and on 18 March the country went into the first of a series of lockdowns. The BR plan, which would have been finalised by March, had to be re-drafted, virtually from scratch. Funding became a problem in the face of a global market crisis and increased risk aversion. A BR plan requires the BRPs to make a three-year forecast, which was near impossible in the circumstances facing the global aviation industry.

SAA’s BRPs have faced heavy criticism for the cost incurred in the BR and the time it has taken to publish and implement a plan. Much of the criticism faced by the BRPs has been unfair, given the scale, complexity and timing of the BR. It is not unusual for it to take 6 or 7 months to publish a business rescue plan for a large BR and is also not unusual for it to take at least a year to implement that plan. The SAA BRPs have had to contend with an incredibly complex legal and commercial environment. Only time will tell whether their very ambitious plan is capable of implementation.

Will other state-owned entities, such as Eskom, follow SAA’s example? In Eskom’s case it seems unlikely in that its debt is largely government-guaranteed so any restructure would have to be on a consensual basis with its lenders. Moreover, Eskom, unlike SAA, provides an essential service and any further interruption of its operations or damage to its reputation would severely damage the country.

To prevent further SOE collapses, government needs to undertake real reform, focusing primarily on governance issues such as the composition of boards of directors and measuring performance. Without that reform, short-term interventions such as debt restructuring will be ineffective. 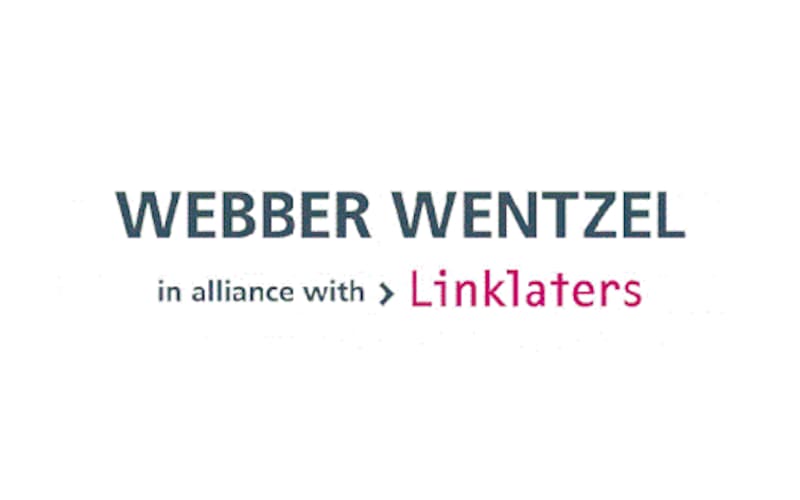 
With over 150 years of experience and industry knowledge, Webber Wentzel is the leading full-service law firm on the African continent. We combine the collective knowledge and experience of our firm to provide clients with seamless, tailored and commercially-minded business solutions within record times.

We value excellence and innovation and we work with our clients to help them achieve success in whatever they do. Our passion to help our clients achieve their goals shows in the quality of the delivery of our service. We aim to add value in everything we do and to be the trusted adviser to our clients.

Our alliance with Linklaters and our deep relationships with outstanding law firms across Africa provide our clients with the best expertise wherever they do business.

We believe in making a positive contribution to the communities in which we work and we are proud to call ourselves home to one of South Africa's most long-standing, dedicated pro-bono practices. We are committed to promoting access to justice for all South Africans, upholding the Constitution and protecting the rule of law. Our Corporate Social Investment initiatives also focus on supporting initiatives and projects that promote access to justice, education and access to education and socio-economic development.

As a firm, we are committed to transformation and diversity.  We are an accredited Level 1 broad-based black economic empowerment (B-BBEE) contributor and we are engaged in a number of initiatives aimed at driving transformation and inclusivity within our organisation, the legal sector and our society.