Dubai, United Arab Emirates, 3rd March 2019: Debtwire, the provider of high value news, data and analysis on global debt markets, has released research showing that Middle East & North Africa (MENA) syndicated loan issuance in 2018 outpaced bonds at USD 133 billion compared to USD 89.5 billion. The largest bond issued in 2018 was by the Government of Qatar, at USD 12 billion, and the largest syndicated loan was a USD 16 billion refinancing by the Government of Saudi Arabia, according to data from Debtwire Par.

“Loan volumes were boosted by opportunistic refinancing activity, and several mega deals such as Saudi Arabia’s USD 16 billion club loan and its sovereign wealth fund, the Public Investment Fund’s USD 11 billion syndicated facility. The withdrawal of bond plans by several issuers during the fourth quarter also paved the way for loans to surpass bonds in 2018. In 2019, the perennially active MENA region could be the great hope for debt capital market bankers, although most remain cautious.”

The Gulf Cooperation Council (GCC) dominated MENA loans and bonds volume in 2018 with 81% and 91%, respectively. However, North Africa loan volume more than doubled from 2017, squeezing out market share from GCC and ‘Others’ (comprising Iraq and Iran). This was the result of an increase by 10 deals in Egyptian loan activity, adding USD 16 billion to the region and 91.5% to North African activity. Despite bond market volumes decreasing in the region by 28% year on year, North Africa’s market share was relatively stable from 2017, at 8%.

Across the region, the most prolific borrower type for bonds was sovereigns, contributing USD 55 billion, or 61.5%. This represented a 33.2% decrease on a year-on-year basis. Corporates accounted for a quarter of loan market issuance at USD 33.6 billion, or 25.3%, representing a 32% increase compared to 2017. Saudi Arabian sovereign issuance occupied a substantial portion of total loan and bond market activity, contributing 30.8% and 37% respectively.

From 2016 to 2018, use of proceeds for M&A, project finance and general corporate purposes (GCP) have jumped significantly. Refinancing activity more than doubled in 2018 to total USD 55 billion, which was predominantly made up of USD 36 billion from Saudi Arabia and the United Arab Emirates (UAE). General corporate and refinancing dominated use of proceeds in 2018, with Saudi Arabia, United Arab Emirates (UAE) and Qatar collectively accounting for 75.5% share of issuance. The third most significant use of proceeds in the region, following refinancing and GCP, was project finance. In 2018, it represented a significant portion of issuance in Egypt, the UAE and Oman, accounting for 37%, 20% and 20% respectively.

European chart of the week: High-yield bond market off to a strong start in 2020

Leveraged loan pipeline off to a flying start in 2020

Debtwire NPL Chart of the Week: Household debt has largest share of Europe's NPEs, but NPE ratio for SMEs is stuck at 8.5% 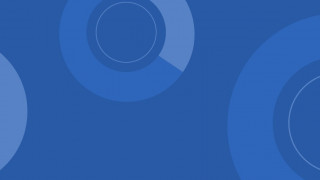