With few signs that a financial fix for Turkey’s debt-laden energy sector – proposed by the government earlier this year – is any closer to materialising, concern is mounting that not enough is being done to achieve an urgently needed operational turnaround in the industry, several market participants told Debtwire.

With few signs that a financial fix for Turkey’s debt-laden energy sector – proposed by the government earlier this year – is any closer to materialising, concern is mounting that not enough is being done to achieve an urgently needed operational turnaround in the industry, several market participants told Debtwire.

“I get the impression things will get worse before they get better,” commented one US-based analyst who has assessed potential energy investments in the country.

Failure to resolve the challenges facing the sector could, in the long-term, jeopardise the country’s energy security, the bankers cautioned.

In April, with Turkey still reeling from last year’s 30% drop in the value of the lira, Finance Minister Berat Albayrak announced a package of reforms to shore up the ailing economy. Among these was the creation of an Energy Fund, an off-balance sheet vehicle that local banks could transfer their bad energy sector loans into.

It was envisaged that “four or five” financially struggling power projects, with total debts amounting to around USD 1.5bn-USD 2bn, would be transferred to the mooted Energy Fund, according to press reports quoting Garanti BBVA deputy managing director Ebru Edin.

The first plant expected to be transferred to the fund was Yeni Elektrik’s 865MW natural gas combined cycle gas turbine (CCGT) plant located in Kocaeli Dilovasi, as reported by Debtwire.

Under the provisional Energy Fund plan, each project’s debts would be equitised and the power plants held by separate portfolio management companies to avoid conflicts of interest. When the market improved, said Edin, the fund could divest: “There will be at least three years before the companies are sold.”

Local private lenders Garanti BBVA and Isbank have been leading discussions on how the fund would operate, a spokesperson for the Banks Association of Turkey (TBB) told Debtwire. “Since [Garanti BBVA and Isbank] are [on] TBB’s board, if they want to raise this issue to the attention of other banks, they may use our coordination. But our work on this topic is limited.”

Following the liberalisation of the Republic of Turkey’s electricity market starting in 2001, plant ownership ended up being highly fragmented, noted the US-based analyst. Moreover, certain regions were left with significantly more supply than necessary.

These new projects and acquisitions were largely financed with hard currency debt, added the analyst. The currency mismatch of revenues and liabilities following last year's slide in the lira exacerbated the pressure on power producers.

While the entire energy sector is struggling, distress has been particularly focused on CCGT plants, which do not benefit from the generous feed-in-tariffs available to renewable projects or the government subsidies provided to local coal-fired producers.

The cost of CCGT generation has grown substantially more expensive as the price of natural gas feedstock, which is denominated in hard currency, has risen in tandem with the falling lira, said an Istanbul-based business consultant, who estimated average CCGT generation currently costs in the region of TRY 380/MWh.

This compares to a clearing price in the Day Ahead market that has rarely surged above TRY 320/MWh this year. 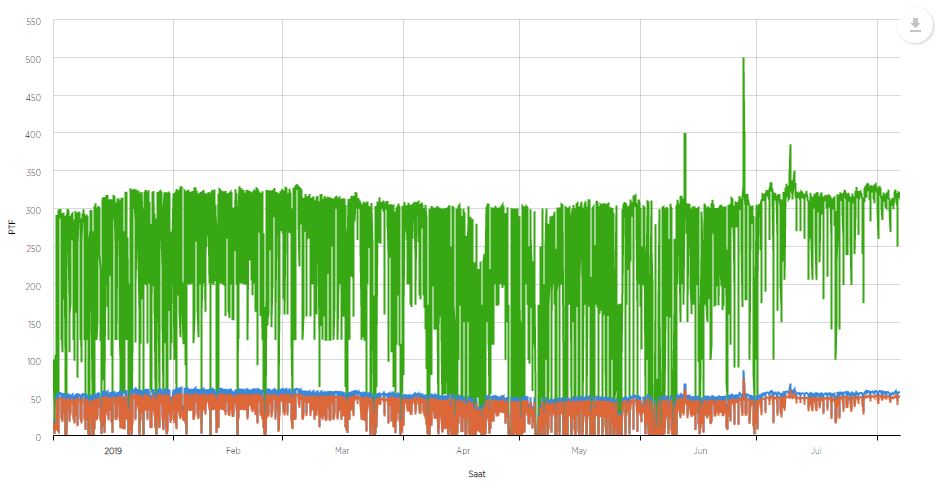 Despite strain on the sector, the concept of the Energy Fund has struggled to gain traction due to difficulties aligning the large number of stakeholders involved, said six Turkey-based financial market participants.

“In terms of the Energy Fund, there were always going to be significant challenges when dealing with multiple assets, multiple sponsors and multiple lenders – managing the potential conflicts with shareholders and lenders presents a problem,” said Aygen Yayikoglu, managing partner at Crescent Capital, an energy and infrastructure focused investment firm.

The debt-for-equity swaps contemplated under the fund arrangements present a range of challenges for project lenders, added an Istanbul-based financial advisor.

For example, as the hard currency-denominated project finance loans – which benefit from extensive security packages – would be converted into Turkish lira-denominated equity-like ‘fund certificates’, the risk weighting of the assets would change and bank capital adequacy ratios would be hit.

Meanwhile, securing agreement with project sponsors – who are likely reluctant or unable to inject further capital into struggling projects – presents another dilemma.

In lieu of the Energy Fund, banks have been restructuring their bad energy loans on a case-by-case basis. Earlier this year, Bereket Enerji signed a USD 4.6bn restructuring which, according to CEO Idris Kupeli, was the largest energy sector restructuring Turkey has ever seen.

“The government appears to be looking at broader, sector-wide solutions. In 2018, the government introduced capacity payments benefitting privately-owned thermal power generators. There was no obligation on the government to provide such support, but it decided to intervene,” said Yayikoglu.

“Similarly, the Ministry [of Energy and Natural Resources] is now likely looking at ways to further support the sector,” he continued.

But while state support may help, a government handout alone – either directly or through subsidies – will do little to cure the underlying problems, according to an M&A banker.

“Everyone likes a handout. But it puts pressure on the Treasury and the fundamental problem remains that [CCGT and thermal plants] are operated inefficiently as standalone companies,” he said.

With such a fragmented market, each power plant has a separate management team and independently negotiates its contracts with technology suppliers, the banker continued, resulting in unnecessarily high operational and maintenance costs.

Similarly, the amount of energy being ‘dispatched’ – the process of managing energy supply to match demand throughout the day – is not coordinated between the producers. As struggling power plants individually race to dispatch more electricity to cover losses, electricity prices are pushed further down.

Before a sustainable financial solution can be implemented, an operational turnaround must be undertaken, the M&A banker said.

This could be achieved by the formation of a joint management company – spearheaded by the government and led by banks – that takes over the operations, but crucially not the ownership, of a number of at-risk power plants.

The resulting efficiencies could, in the medium-term, multiply the EBITDA of the grouped projects as much as five-fold, the banker estimated. The Ministry of Energy and Natural Resources should now consider tendering for an experienced advisor to create an action plan, he added.

Failure to find a long-term solution could, ultimately, lead to an energy security issue if a raft of producers are allowed to go bankrupt, agreed the banker and the consultant.

Natural gas remains a significant contributor to Turkey’s energy mix and – unlike the fast-growing renewable sector – can increase generation at short notice, allowing it to meet immediate supply shortfalls. 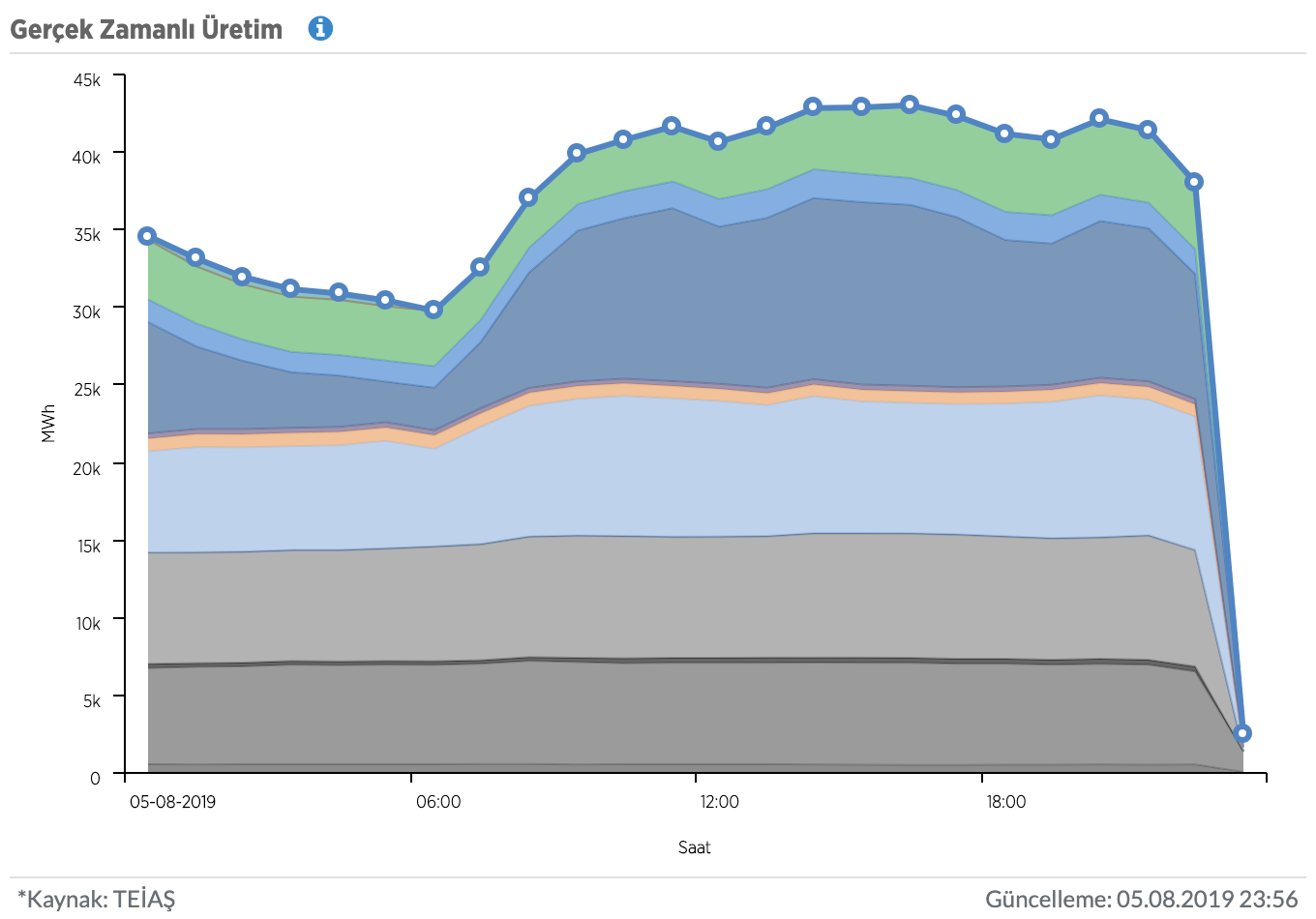 “There is an oversupply of energy capacity now, but this won’t last forever. It is not in the national interest to let operational newly-built highly-efficient base load generators go out of business,” added Yayikoglu.

“It’s an opportune time for a contrarian investor, either strategic or financial, to enter the market with a consolidation strategy. There are multiple opportunities in the energy sector both in generation and distribution of power,” he said.

Asli Orbay is a reporter working for Debtwire CEEMEA, with a focus on arbitration, litigation and distressed situations. Prior to joining Debtwire, Asli worked as a banking and finance lawyer for Clifford Chance in Istanbul. Asli holds an LLM in international economic and trade law and a she is currently a PhD candidate studying at Brunel University.