From the outside, Grand Hotel Villa Igiea looks like a castle. It overlooks the Gulf of Palermo, Italy, and seats at the feet of Monte Pellegrino, which Goethe described as “the most beautiful promontory in the world”. The Sicilian hotel’s EUR 1,400-a-night suites are booked for months in advance.

Although the hotel is still considered the best in Palermo, the beautiful façade masks unpaid bills. Some of the artworks and pieces of furniture that used to decorate the lavish rooms had to be sold. Several attempts to auction the hotel during the liquidation process of the owner, Acqua Marcia, have failed. Now, the property has become part of Italy’s first large non-performing loan (NPL) sale backed by real estate; Banco BPM’s EUR 722m Project Rainbow. Last night (10 April), the Milan-based bank received first-round, non-binding offers from investors.

Investors wanting to get their hands on properties such as Villa Igiea and the Grand Hotel des Palmes, another Palermo hotel from Acqua Marcia in dire need of refurbishment, face myriad potential problems. Some of the properties backing the loans in Project Rainbow are connected with famous Italian developers and their well-publicised legal troubles. The quality of properties in Project Rainbow also varies greatly, making pricing complicated.

“For most of these properties, it is a classic story of real estate that was financed when valued at too high levels and developers not being able to pay the debt,” said a source close to the situation.

Acqua Marcia is the company of developer Francesco Bellavista Caltagirone. The now 78-year old member of a well-known developers’ dynasty was arrested for bankruptcy the first time in 1978, but later acquitted. A series of long legal fights similarly ended in acquittals. Companies linked to him have about EUR 1bn of bad loans outstanding with Italian banks, according to Italian media reports.

Acqua Marcia has been in a liquidation process since 2011. One of the assets backing a loan in Project Rainbow is the former Mulino Santa Lucia in Catania. The company has had plans since 2000 to turn the building in the Sicilian city into office space, with a reported investment of EUR 40m. Works stalled during an inquiry that for illegal development. After four years, the investigation ended in nothing. But the property has been left empty to deteriorate.

Even properties in a much better state are beset by legal issues. For instance, an office building at Via Saccomuro 19/21 in Rome is the headquarters of Thales Alenia Space, an aerospace manufacturer, with a contract due to expire in 31 August 2019, according to public documents. The owner, Gruppo Immobiliare 2004, filed for insolvency in 2013. The group was owned by developer Danilo Coppola, whose successful career in the 2000s ended in a long string of legal troubles. He was arrested in 2016 and is currently on trial for bankruptcy fraud in connection with another heavily indebted development in Milan. In mid-March an attempt to auction the Rome property, valued at EUR 20m, ended with no offers.

Real estate struggling to sell is difficult to rhyme with an increasing appetite for Italian real estate. In 2016, investment in Italian real estate was EUR 9.1bn, the highest since the financial crisis, with a return of the local investors, alongside more opportunistic international ones, according to a report by CBRE. While there is strong competition for core properties in Milan and Rome, investors are still looking for higher returns in secondary markets and wait for prices to drop.

Another hotel in Project Rainbow is in Taormina, a renowned Sicilian tourist location. Capo dei Greci Taormina Bay was owned by Alba Azzurra srl, a local company in liquidation. Last October, there were no offers for the property that was guided at EUR 46.5m.

Project Rainbow is a mix of the good, the bad and the ugly. It contains loans backed by luxury hotels in Sicily, Sardinia and Florence, a EUR 20m office building in Rome, a portfolio of 13 hotels near industrial areas and highways across Italy, a now deserted former shopping centre in the greater Milan area, a holiday residence on Lake Garda, a residential development on the cost of Lerici, the village near Liguria’s Cinque Terre where Romantic poet Percy Bysshe Shelley drowned in 1822.

The Palermo hotels “are structurally complex assets,” said the first source close to the situation, “but somehow they are among the most beautiful in a portfolio that in the end is not that pretty.”

Italian bad loans (sofferenze) reached EUR 198bn at the end of 2016, up from EUR 60bn in 2009, according to data from the Bank of Italy. The banks have mainly sold unsecured NPLs, with loans going for a fraction of the gross book values. The sales have not helped the balance sheets.

Loan sales backed by properties have been small and scarce due to a pricing gap, which EY estimates to be around 20%. Sellers and buyers apply different valuation methods and buyers view the Italian legal system as complex and slow.

The Italian NPL story is one of a banking system deeply connected with local small and medium companies, which have been decimated since the financial crisis. The result is that approximately 80% of Italian gross non-performing exposure is towards SMEs and corporate, according to EY. Of this exposure, 47% is backed by real security, the report adds.

The price for FINO was about 12.7% of the gross book value and the one for Beyond the Clouds is around 10%. For portfolios secured by real estate prices have been in the range of 30%-40%, according to EY’s report. With the process still ongoing it is hard to estimate a price for Project Rainbow, but a source familiar said prices can be “anywhere between 25% and 40%.”

“Everyone complained that 30 potential buyers signed the NDAs, but I don’t think this will have a particular impact,” on the first phase, said the second source familiar, while, he added, an overcrowded second phase “might lead to a lowering of interest....the second round is long and expensive and takes a team more than a month. So it is difficult for bidders to want to make such an effort when they only have a 20% chance to win.”

This article first appeared on Debtwire and was re-published on Forbes. 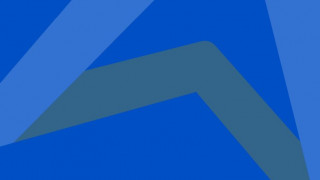