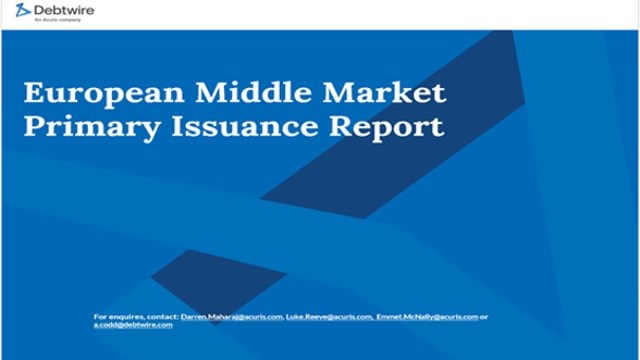 According to Debtwire intelligence, German debt funds are on track to recoup their dip from last year in the German mid-cap leveraged buyout market. Three unitranche deals have been agreed since the end of June, on top of twelve unitranche deals in the first half-year. Funds are only two transactions away to make 2017 their best year in Germany so far.

“The German mid-cap leveraged finance sector is facing very low pricing for all senior debt and consequently funds are increasingly letting in banks on their unitranche deals in order to remain competitive on interest costs.
Consequently overall debt packages are cheaper, which benefits sponsors, but raises questions regarding the position of debt funds in relation to banks on those deals.”

Nevertheless, strong deal flow and solid issuance levels in the German mid-market are likely to continue for the remainder of 2017. Activity is particularly high in the healthcare space, with deals such as Oberberg Kliniken, Med 360 Grad and DOREA keeping financiers busy.