Tie-ups may be part of the future, but how can banks and funds really work together?

Tie-ups may be part of the future, but how can banks and funds really work together?

Emma Roche of Debtwire chaired a head-to-head debate between HSBC and Ares Management to level some of the views held by banks and direct lenders about each other.

The nature of the European mid-market debt finance landscape is becoming more collaborative. And yet, accusations that banks misprice risk or funds artificially push up valuations still abound in the marketplace. So can banks and funds really work together?

In a head-to-head debate at Debtwire's European Mid-Market Forum, Stuart Mills, Head of Middle Market Financial Sponsors at HSBC, and Mike Dennis, Partner at Ares Management, are asked to respond to some of the most common criticisms:

Banks are constrained by credit policies that are too generic

Stuart Mills believes that it's not credit policies at fault but that there are wider challenges for banks, determined by the new regulatory environment. Deliverability has become one of the most important criteria for financial sponsors in an auction and funds have taught banks a lesson in speed of execution. With delivery such a crucial factor, the question that banks now face is whether the banking market is deep enough to deliver deals when leverage is stretched. Higher capital requirements mean that there is a threshold where banks are unable to hold the deal on their balance sheet and need to access the banking market. With more limited options above a certain leverage, banks are less confident in being able to deliver.

Funds are taking it too far with flexibility and terms

Mike Dennis agrees that there has been a loosening of terms, despite no a cov-lite deal yet in the European mid-market. His view is that there is good and bad in funds and banks. However, the mantra of the investment committee at Ares is that the funds which will survive are those which don't lose capital. Dennis believes that in the event of underperformance, you need the ability to reprice risk or protect your capital. As a result, their underwriting process is similar to a private equity house; incorporating thorough due diligence, covenant structures and the protection in the documentation.

Mills at HSBC sees certain structures becoming much more commonplace, giving private equity house greater flexibility. For example, non-amortising loans and increasing covenant headroom. He believes that when the economic cycle turns the problems could be so much deeper for companies with funds as creditors. The question is then whether funds have the appetite or the expertise to restructure the business, own the asset and drive it's turnaround.

Mike Dennis of Ares hasn't seen dedicated workout or turnaround portfolio managers in a lot of direct lending funds that have been created; in fact, many of the smaller houses have professionals that are focussed almost exclusively on origination. Such funds could be tested when the cycle turns and there is an economic downturn. How they will devote the necessary resources to manage underpeformance with such small teams is unclear at the moment.

By contrast at Ares, there are two professionals with a background in restructuring among a team of thirty-four. This investment in expertise will give them the ability to manage underperforming credits and protect investors' capital if they require intensive care, according to Dennis.

In workouts, funds will be more agressive than banks

It is unclear how restructuring scenarios will play out with direct lenders as creditors, believes Stuart Mills of HSBC. There are a lot of precedents still to be set because of the way that deals are being structured. There is now an extra layer of complexity, as was the case with mezzanine before the financial crisis, where the current structures have yet to be proven in a tough scenario.

Yet there are some likely similarities, according to Mike Dennis at Ares. There will inevitably be a conversation with the private equity owner about where the value breaks and who is going to provide liquidity in the moment that it is required. As has been the case with banks, if the financial sponsor is willing to try to turn the company around, then it's the job of the lender to let them try to do that. If they are unwilling to offer new money and the value breaks in the debt, then the conversation would be about them handing over the keys - as is the case during a bank-led restructuring. Dennis emphasises that this shouldn't be described as a loan-to-own strategy as it is the same response currently employed by banks as well.

Mills confirms that banks take the same approach, giving the private equity owner a chance to offer a solution before following their money. One difference that Dennis expects to see is funds being more prepared to re-underwrite their investment, in contrast to banks who will remain reluctant to put good money after bad.

So, can banks and funds be partners?

Both agree that banks and funds will have to work together. Although HSBC has no formal tie-up in place, it chooses to work with funds that have a good track record, positive reputation and will still be around in 5 to 10 years. Banks will have to be more open to formal and informal partnerships as the demands of private equity houses continue to adapt to this new lending environment, says Mills.

Dennis' view is that life will only get tougher for banks. He believes regulation is a one-way street that will guarantee the presence of partnerships as a core feature of leveraged finance operations. Funds could eventually attract the attention of regulators when they become more systemically important. Until then, direct lenders will continue to win market share.

Both speakers agreed that the market is in a transition toward banks playing a smaller role. Mills predicts that five years from now the European market will look similar to that in the US, where only 20% of funding is provided by banks. Yet banks' incumbent relationships with mid-market private equity houses are crucial to future partnerships with funds being enabled.

Debtwire's annual European Mid-Market Forum examines the nature of the bank and direct lending market in Europe. Create a My Debtwire Events account to receive further updates on this topic.

Matthew is responsible for the content, production, marketing and operations team for custom events and conferences. He oversees event portfolios for Mergermarket, Debtwire, Unquote and PaRR brands.

Matthew is responsible for the content, production, marketing and operations team for custom events and conferences. He oversees event portfolios for Mergermarket, Debtwire, Unquote and PaRR brands. 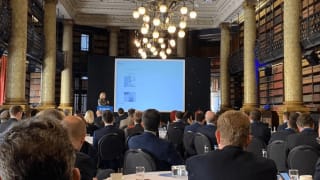 Mid-market conference coverage: Relationships remain key but expected downturn could put those to the test 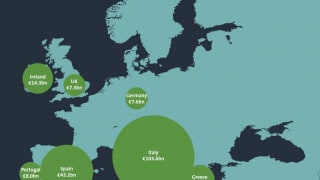