US Chart of the Week: Supply-demand mismatch contributes to tighter loan pricing

US Chart of the Week: Supply-demand mismatch contributes to tighter loan pricing

US Chart of the Week: 14th October

The lack of new loan supply combined with a healthy CLO appetite in 3Q20 (USD 24.6bn in new issue) resulted in a supply-demand mismatch in 3Q20, helping to make it more of a borrower’s market relative to conditions in 2Q20.

Though institutional loan volume picked up to USD 87bn in 3Q20, with September posting the highest monthly volume figure of the quarter at USD 36.9bn, the increase was driven by refinancings as companies sought to push out maturities and alleviate near-term debt pressures.

The mismatch between new supply and demand contributed to tighter pricing, with the average margin on institutional term loans falling to 439bps in the third quarter from 494bps in the prior quarter. Higher rated loans led the tightening, though margins remain above pre-COVID levels. Weighted average margins on double-B rated first-lien loans tightened to 345 bps in 3Q20 from 453bps in 2Q20. Single-B margins declined to 429bps from 457bps. 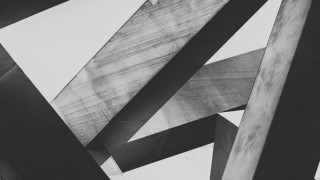